For the second year in a row, Dallas Love Field is the first-place recipient of the Airport Service Quality Award for North American airports that service 15-25 million passengers per year, Airports Council International World announced Monday.

The Airport Service Quality program is the world’s leading airport passenger service and benchmarking program measuring passengers’ satisfaction across 34 key performance indicators. In 2019, more than half of the world’s 8.8 billion travelers passed through an ASQ airport.

“Providing a first-rate customer experience is at the core of every decision we make,” Director of Aviation Mark Duebner said. “To win the ASQ award for the second-straight year is vindication that we are making the right decisions.” 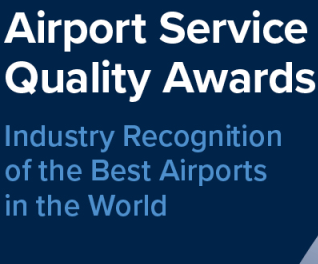 The 2019 winners will be honored in September at the ASQ Awards Ceremony, held during the ACI Customer Experience Global Summit, in Krakow, Poland.

ACI World facilitates the Airport Service Quality Awards program. To be considered for the award, an airport must have participated in the ASQ Survey every month of the award year. Love Field’s ASQ score led to a third-place ranking among North American airports in 2016 and 2017 before claiming the first place award for 2018.

“Our customers appreciate that we listen to, investigate and respond to their comments and concerns,” Duebner said. “That approach has allowed our ASQ scores and rankings to remain consistently high.”

Dallas Love Field served nearly 17 million passengers in 2019, the most in its history. July 2019 was DAL’s busiest month ever with more than 750,000 enplaned passengers and nearly 1.5 million total passengers.